People have always wondered about the health hazards of pyrethrin-based repellents, such as what does pyrethrin kill? Is it harmful to humans, and what about pets? Also, can you use it for organic gardening?

Pyrethrin is a potent insect-repellant, which is derived from the extract of chrysanthemums. Taking their cue from nature, manufacturers have been using it in many of their products since the 1950s.

Keep reading to find the answer to these questions, and more.

What Does Pyrethrin Kill? – The Origins 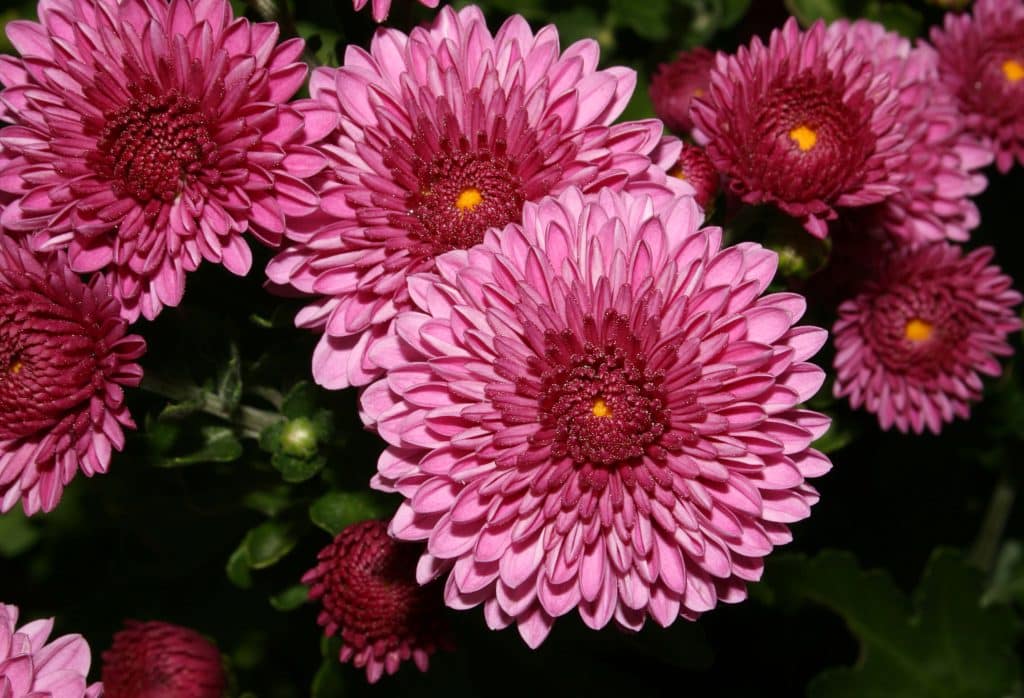 Before we delve into the world of synthesized pesticides, let’s start with the source: chrysanthemums. Popular for their bright, and beautiful colors, they attract plenty of pests. This is why nature blessed them with their own defense mechanism, which is in the form of a toxic chemical.

This natural insecticide was discovered by the Chinese as far back as 1,000 BC. All the plant parts were dried, and then crushed into a fine tan-colored powder. They called it “pyrethrum powder,” and used it to cure and ward off a wide range of insects, such as ticks, fleas, and mosquitoes.

Pyrethrum extract contains six active molecules, which are called esters. Each of these chemical compounds contains active insecticidal properties, yet their concentrations vary by where their flower was harvested.

Collectively, they’re referred to as pyrethrin, and they include:

What Does Pyrethrin Kill? – Common Uses

It is a man made product, which can be found in over 2,000 pesticide products. These include household, and farm insecticides.

It’s found in products that control pests on pets and livestock, such as pet shampoo. It is also used to make algae killers, and surface cleaners. These work great in your greenhouse, also on decks or walkways.

Other types of pyrethrin-based insecticides are made for indoor use only. They’re effective at getting rid of indoor pests, such as mosquitoes, houseflies, and silverfish.

Sometimes, it is sprayed over the ground by hand-held spray bottles, trucks, and tractors. It can also be sprayed from planes or helicopters, and this is usually done over large crop fields and farmlands.

Pyrethrin breaks down quickly once exposed to air, sunlight, rain, and snow. Breakdown time can take up to one or two days.

If sprayed directly into the soil, these compounds don’t contaminate water. Another reassuring factor is that they bind to soil, therefore don’t move easily.

Studies show that pyrethrin has never been found 6 inches below the soil. Plus, it isn’t capable of latching on to plant and vegetation roots, which makes it safe to use in gardens.

Can It Be Ingested?

So, if pyrethrin is safe to use, and helps maintain a healthy, organic garden, how do some people get it in their systems? Some crop growers spray it directly on the leaves and crops, as opposed to adding it to the soil.

To eliminate risk of ingestion, wash leaves and fruits with warm water and soap.  It’s a good idea to set aside a sponge, which can be used just for this task. Then, they should be rinsed with vinegar, which ensures there are no more traces of these compounds.

Pyrethrin is only moderately soluble in water. Alternatively, it’s highly soluble in organic solvents. These include chlorinated hydrocarbons, alcohol, and kerosene.

So, what effect does it have on insects? When inhaled or ingested, pyrethrin enters their bodies and attacks the nervous system, therefore causing a failure in communication between neurotransmitters. This results in the death of the insect in something akin to paralysis.

In addition, pyrethrin-based pesticides contain a chemical-based compound known as a synergist, and one common synergist is piperonyl butoxide.

The synergist restricts the enzymes used by the insect, which then detoxifies the effect. In short, synergists boost the effectiveness of insecticides that contains pyrethrin. 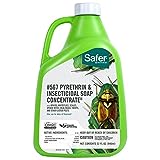 Concentrated pyrethrin is commonly mixed with solvents, and also carriers such as neem oil and these ingredients can increase the toxicity, which boosts their efficacy.

Any active ingredient, such as these solvents, must be identified on the product label by law. Its percentage must also be provided.

If there are non-active or inert ingredients, only their percentage must be written on the label, and their names don’t have to be identified.

What Does Pyrethrin Kill?

Pyrethrin is quite potent when it comes to eliminating pests. Yet, because it’s safe for humans and pets in small amounts, it’s commonly used in homes, gardens, warehouses, and other public areas.

The problem is when it’s inhaled in large doses, it harms not just insects, but other species as well. This takes us to the big question.  What does pyrethrin kill?  Well, we are about to tell you, so keep reading to find out.

The good news is that, in moderate doses, pyrethrin is one of the least toxic insecticides to humans, also to mammals. Still, people worry about it getting on their skin, and also in their eyes.

When this happens, you may feel a slight irritation or a tingling sensation. If the chemical gets on your skin, rinse the area with cool water and pat dry. If it gets in your eyes, flush with plenty of water.

So, how can you tell when you’ve inhaled too much?

The United Nations’ Food and Agriculture Organization (FAO) sets the average daily intake of pyrethrin for a 154-pound adult male to be about 3 micrograms per day. If someone is subjected to a higher amount over a long period, that could lead to severe health problems.

India’s Ministry of Environment and Forests conducted a survey of poisonous substances. The survey focused on farmers and field workers who are frequently exposed. It came to the conclusion that large amounts of pyrethrin caused more pesticide poisonings than many other types of insecticides.

Other symptoms of pyrethrin-induced health problems include:

In high doses, pyrethrin is also toxic to a wide variety of land and aquatic wildlife. Studies carried out on animals show that they developed anemia quite rapidly.

Not only that, but there were experiments carried out on nursing dairy cows that were exposed to pyrethrin. These experiments showed that the nursing mothers passed the chemical compound onto their children.

What Does Pyrethrin Kill? – Final Note

For thousands of years, pyrethrin has been used as an effective insecticide. Yet, it was a few decades ago that manufacturers began producing thousands of different ones with pyrethrin as their main ingredient.

We rounded up many species on our affected varieties list. Pyrethrin affects insects and pests, which almost always kills them on contact.

Having said that, it’s important to remember that pyrethrin doesn’t have the same lethal effect on humans and other mammals. When inhaled within the recommended limit, it is among the safest pesticides on the market.

To view all of our safe, non-toxic pest control options, CLICK HERE! 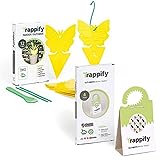