The market has a wide array of ultrasonic mosquito repellent. They all promise to keep mosquitos away. But, do they really work?

Studies show that repellents tend to have a short-lived impact on pests. Also, that they are mostly inefficient. Manufacturers are yet to provide evidence to counter these studies. Hence, it’s wise to try to avoid these repellents.

So, if you decide to go for one of these, be careful where you buy it. Also, read through product reviews from sites like Amazon. Here’s more information on these devices and the kind of proof that scientists have against them.

How Do They Work?

They use sound waves to repel, injure, or kill pests.

These waves don’t irritate humans as their frequency is inaudible. They’re designed to disturb pests. The frequencies range from 30 to 55 kHz.

Makers describe these as “ideal for mammal pests and arthropods.” This means that they are intended to work against pests such as mosquitos, mice, flies, rats, fleas, and ticks.

These devices are easy to use. All you have to do is plug the device into your outlet for it to transmit sound waves. The product indicates that these soundwaves cause an audiogenic seizure response. Which results in the mosquito’s death.

The mosquitos and other pests cannot build their nests anywhere near the source of the noise. 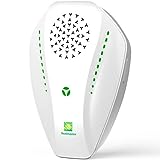 Are you wondering whether the use of ultrasonic sound waves is a recent approach? Well, the answer is no.

The ancient Chinese used sound waves to keep mosquitos and other insects away from their homes. Although the first device was manufactured by Phillips back in 1962, it’s not until the early 1980s that this practice took root in the mainstream.

Today, these pest repellents are flooding the market. There are more than 60 manufacturers and numerous retailers. They’re available at a reasonable price ranging from $10 to $50. Their price and ease of use make them so tempting to buy. Especially if a friend or neighbor claims to have used one and can vouch for them.

Proof That They Work?

Manufacturers claim that their products have been tested in varying conditions. However, we found no study to back these claims.

And speaking of how these products work, you’ll find many with no scientific proof to support their promises. Other product patents have vague wording.

The manufacturers will often bolster their claims with fake positive product reviews to entice you. Unfortunately, most of these reviews are by marketers after making money from the products’ sales.

In 2001, they were unable to provide evidence of their claims after the U.S Federal Trade Commission sent a warning to more than 60 requiring them to support the claims on their products with scientific evidence.

This research paper is the only scientific paper that shows any effect on mosquitoes by ultrasonic mosquito repellents.

The researchers tested only 300 mosquitos which were split into two groups of 50 over three trials. The scientists claim the device they used eliminated 74% of the mosquitos in the experiment group.

However, as much as this may sound great, they did not explain their methods. The scientists also didn’t test whether the devices could repel the mosquitoes. Additionally, they ignored numerous aspects of the scientific method.

Who knows whether it’s the temperatures in the test chamber responsible for the mosquitos’ deaths?

Unfortunately, we’ll never know as these researchers didn’t bother to indicate the temperatures of their experiment chambers, among other essential variables.

Companies like SonicShield like to cite this paper as it claims that ultrasonic waves of “38-44 kHz can be used to repel mosquitos and flies effectively.”

However, the paper shows no actual tests conducted on mosquitos. The authors of this paper introduced a design for a new ultrasonic device that they never tested on insects at all.

While SonicShield claims on its website that such ultrasonic waves cause 100% mortality at a distance of 60 cm, they provide no link to any studies to justify this claim.

3. The University of Arizona

In 2015, the University of Arizona went ahead and compiled all studies conducted over the last few decades.

Their findings were shocking. It indicated that some of the devices marketed to repel mosquitos actually do attract them instead.

This study tested three commercial devices, and after activating them, they found out that the bite rate went up by as much as 50%. Interestingly, they also noted that these sounds might irritate your dog.

This multi-million-dollar industry cites the studies to prove the efficacy of their products. But, the devices failed miserably multiple times when tested on mosquitos, birds, cockroaches, and rodents. Among many other pests.

In 2007, researchers decided to crank up the volume and blast mosquitos with rock-concert-level ultrasonic noise. Sadly, there was no effect.

In 2008, researchers conducted another study on mosquitoes and cockroaches. The ultrasonic devices did not succeed in repelling or eliminating the insects. They went ahead to cite that one device actually emitted sound radiation, which could potentially harm humans.

Not exactly. In the 2015 study at the University of Arizona mentioned above, the researchers noted that although most were ineffective, some had limited positive effects on pests and mosquitoes.

Also, a study by Kansas State University reveals some “fair” and several “good” results on some pests.

How to Shop for Mosquito Repellent 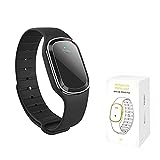 If you’re willing to buy one of these products and give it a trial, the way to get the best product is to read product reviews from verified purchases.

As mentioned earlier, many reviews are from marketers who are after making quick money. Therefore, be cautious and read reviews from verified sellers such as Amazon.

Other Ways to Control Mosquitoes 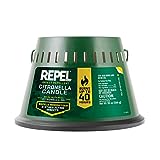 There are many other ways you can use to fight mosquitos besides these. They include:

We hope this piece has helped clear the air and answer any questions you had concerning these insect repellents. They often don’t work, but some have minimal effects on the mosquitos. For this reason, we recommend you try other ways of managing mosquitos.