Neem Oil For Plants: A Good Insecticide For Plants? 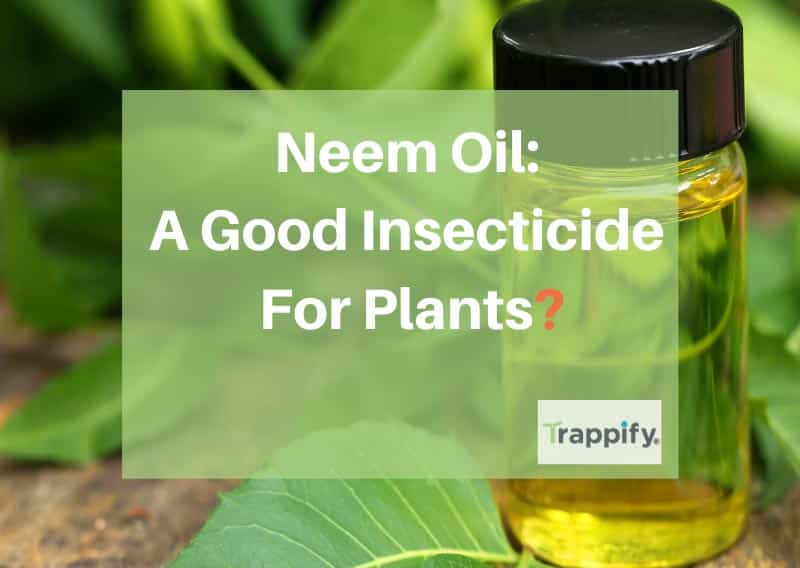 Everything You Need to Know About Neem Oil for Plants

Oils are dominating nearly every field of the market. They’re present in beauty products, food, and medicines. They’re also multi-functional; they work well for humans, pets, and plants.

Neem oil for plants is a perfect example of the versatility of oils. Originally called Indian lilac, the oil can be consumed by humans and pets, and absorbed by plants. It acts as a pesticide, fungicide, and more importantly, a fertilizer.

Let’s delve into more details about the interesting Indian oil. 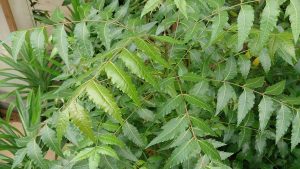 Neem oil has Indian origins, seeing as it’s obtained from Azadirachta indica, which is a native Indian tree. The oil is pressed out of the tree’s seeds, resulting in the beneficial liquid we know of today. Asians have been using this oil as an antiseptic for centuries; its use as a pesticide only emerged in the ‘60s.

How to Use Neem Oil on Plants

To be on the safe side, you may want to apply neem oil as a spray. Concentrated quantities of it can kill sensitive types of plants. Not to mention that applying it too heavily may ruin the soil.

The right concentration for 2-4 tablespoons of the oil should be a gallon of water. That’s an average, but every brand differs from the other. You can check the diluting instructions on your bottle if you want to be absolutely sure.

You should test the oil’s effect on the plants first before going all the way in. Spray a minimal amount first and wait for a whole day. If the plant stays in a good condition, you’re safe to repeat it.

For outdoor plants, apply the oil in the evening to prevent the leaves from burning under the scorching sunlight. Also, make sure to get all parts of the leaf covered in the solution, including the stem and the undersides. After applying, wait for a duration of one or two weeks to reapply it.

Neem oil has a large number of benefits for plants, as long as you use it in the right way. Here are 12 reasons you should start using it on your little green friend.

Most pesticides create dead zones around the plants. Meaning, they’ll likely kill the beneficial insects and bugs, along with the harmful ones. This will do more harm to the eco life than you think. That’s why neem oil is the better option because it only targets the plant-eating insects.

2.    It Controls the Development Stages of Insects

Some artificial pesticides only work on mature insects, which leaves the eggs to grow into more insects. Neem oil doesn’t work that way; it kills all insects, no matter what stage of development they’re in. Whether the insect is an egg, larvae, or adult, it won’t last.

We have the azadirachtin to thank for that, which is an active chemical in the oil. It works on the insects as an antifeedant and as a hormone disruptor. In the latter case, the maturing insects aren’t given a chance to grow. Their development stops at this point.

If these two methods don’t work, the azadirachtin goes for the old-fashioned way: smothering!

If you cherish the little herbs in your garden, you’ll want to protect them as much as you can. Neem oil is one way to do that. Pests and insects won’t only attack your plants, but they’ll also target your helpless herbs.

You can use the oil the same way you use it on your plants but beware of the small fuzzy herbs. They’ll likely be more fragile than others, so you’ll have to test the oil’s effect on them before going all the way in.

Neem oil will protect your herbs from these insects:

It’ll be a hard mission to find an insect than neem oil doesn’t kill. The liquid can kill endless species; to name a few:

Despite the large number of species that neem oil kills, it’ll leave the beneficial worms alive. On the contrary, it’ll encourage their growth.

While you may not give this much thought, the beneficial earthworms are more essential than you think. They dig through the soil, thereby creating pathways to the roots of the plants. These pathways then become roads for air and water to reach the roots, which enhances the plant’s growth.

That’s not the only benefit, earthworms also leave nutrients in the soil, which include phosphorus, potassium, and nitrogen.

Plants need constant nutrition when they’re in the growing season. Foliar sprays come in handy in these cases because they’re applied directly to the plant’s leaves, which makes the absorption easier and faster.

You can use neem oil as a foliar spray, thanks to its efficiency in controlling pests. It’ll serve as a fertilizer and a feeder. 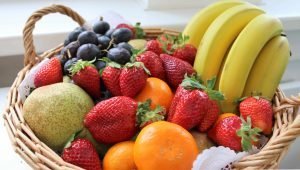 Your leafy plants aren’t the only ones that’ll enjoy the effects of neem oil. It protects fruit trees and bushes as well.

For example, the most common insects found among apple trees are worms, mainly mealworm and moth. They’ll sneak inside the apple and get it rotten, which no one wants to witness. Neem oil will come in handy then.

The effects aren’t limited to apple trees, all fruit bushes can also benefit from the oil, including berry bushes. These will be protected against common fungal diseases, such as verticillium wilt, fire blight, and rust.

If you want optimum results, you may want to spray the oil before the fruits grow and after the petals drop. Don’t stop until you harvest; you can reduce the dose into once every 14 days if you want.

Plants go dormant as a natural reaction to weather conditions. It varies from one plant to another, but most species do it during the cold months. You can apply neem oil in this period to kill the pests that overwinter. The insects that’ll be affected include:

Neem oil works on both sides: fertilizers and pesticides. It’ll leave a fertilizing effect on the soil by optimizing the usage of nitrogen. Additionally, it’ll control the growth of white ants and nematodes. So, you’ll be getting the best of both worlds.

In addition to being a fertilizer and a pesticide, neem oil is also a fungicide. Meaning, it’ll kill some fungus in your plants, and stop the growth of the rest. You can use it as a treatment for a lot of plant fungal diseases, such as black spot, powdery mildew, and scab.

If you notice a hint of fungi on your plant, even if it’s in tiny bits, you can start applying neem oil once every one or two weeks. When the threat is gone, you can keep spraying once every two weeks to prevent the fungi from making a return.

11. It’s Available in a Variety of Concentrations

Neem oil is available in a wide variety of concentrations, therefore enabling you to choose the formula that suits you best. It’s even available sometimes mixed with soap to boost its pesticidal effects.

You’ll also find neem available in dust, granules, and powder. These formulas will have diluting instructions printed on them to let you know what to do. 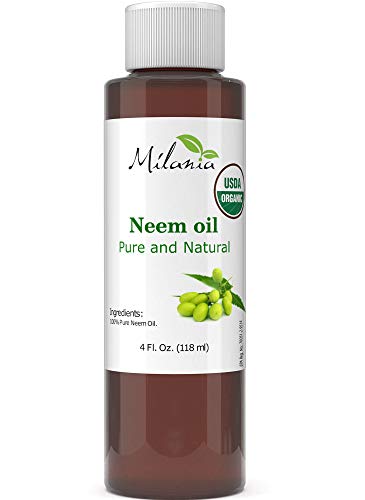 The biggest benefit of neem oil is that it’s fairly easy to use. You won’t need to exert any effort in applying it, no matter what concentration you’ll use. You’ll merely mix it with a lot of water and pour it into a spray bottle. Afterward, you’ll apply it to the plant every once in a while.

There’s also the fact that it can be used in all stages of plant growth, as opposed to other pesticides that need the plant to be grown so you can use them.

How Safe Is Neem Oil on Plants?

Neem oil is regarded as safe for plants, but it’d be foolish to use it carelessly. For starters, it’s a highly bioactive element, which explains its pesticidal functions. So, you’ll need to wash it thoroughly off of edible plants in your garden. Additionally, you should keep it away from pets because the risks of using it undiluted on animals are still unknown.

Needless to say, you must dilute it before using it on the plants. On top of that, you should abide by substantial gaps between every application and the other. That way, you won’t be harming your plant unknowingly. 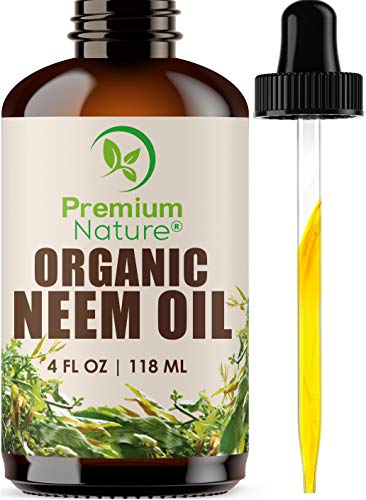 Till now, neem oil hasn’t been proven harmful for any type of plant. Some plants are sensitive to nearly everything, such as spurges. So, it’s better to test these first before applying neem oil regularly. Other than that, the oil is supposedly safe for all plants.

You’ll notice how your plant will flourish when you keep applying it for a decent period of time. It’ll also keep the insects and fungi away, which is a bonus.

Hey there! Questions or Comments?

Drop a quick line, we love all of our customers and reply to everyone, yes everyone!

Any cookies that may not be particularly necessary for the website to function and is used specifically to collect user personal data via analytics, ads, other embedded contents are termed as non-necessary cookies. It is mandatory to procure user consent prior to running these cookies on your website.