Do Citronella Candles Repel Flies? Why Candles May Be A Waste Of Time 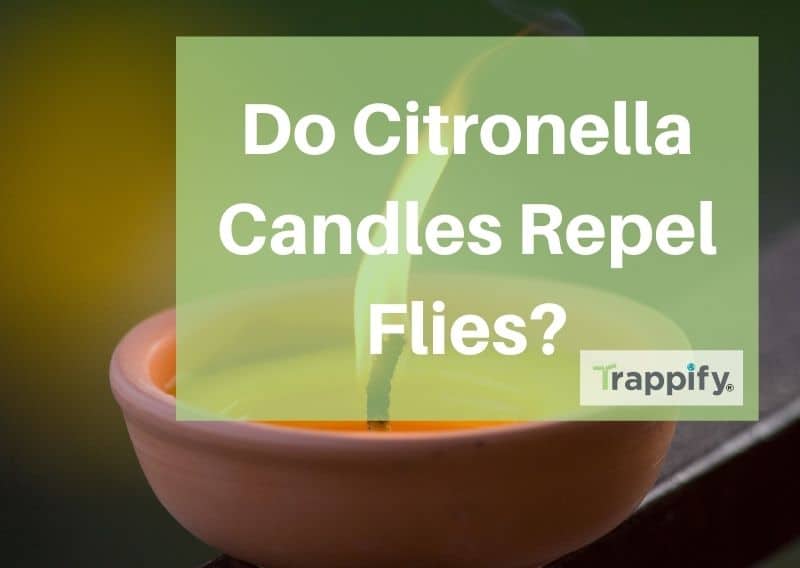 Do citronella candles repel flies?  Citronella and flies: why candles may be a waste of time  Nothing beats the sensation of a sunny and breezy summer after a long gloomy winter. Summer usually means enjoying outdoor times and opening windows to enjoy the weather.

Unfortunately, summer is also the season where flies and mosquitoes become extra active (and annoying), which drives you to look for solutions to repel them safely.

One of the names that you might frequently hear in that topic is citronella and its candles. So, what are they, and do citronella candles repel flies?

In this article, we’ll have a closer look at citronella and how it works.  As well as answering all the questions you might have regarding that topic. So without further ado, let’s dive in! 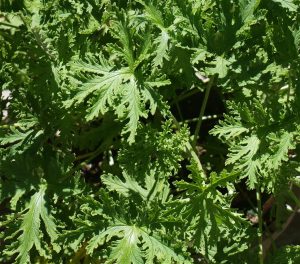 Before diving into the juicy details, you should first know what citronella is and where it comes from.

Citronella is a naturally occurring oil that comes from lemongrass. The plant itself is basically found everywhere.

However, to get citronella oil, you need to extract it from the leaves and stems of specific species of Cymbopogon (lemongrass). It’s extracted into two main varieties through the distillation process.

The oil has a yellow to brown color and is characterized by its grassy yet floral odor. The oil is also found in a lot of plant parts, such as the peel of oranges.

It’s used extensively in the industry of soaps, incense, and candles as well as perfumes and cosmetics because of its wide variety of benefits.

How Does Citronella Oil Work?

Citronella oil is basically a combination of natural active ingredients. The most notable ones of them are citronellol, citronellal, geraniol, geranyl acetate, and limonene.

While the exact combination of these components is different among varieties, they both give quite similar results.

The United States Environmental Protection Agency mentions that citronella oil has been registered for use as a plant-based insect repellent since November 1948.

According to the eligibility sheet of citronella, the agency considers the citronella oil a biopesticide that uses a non-toxic mechanism.

The main mode of action that citronella oil uses to work is that it masks the scents that originally attract insects during the summer, thanks to its distinct smell. This helps the grass to protect and mask itself from pest attacks during summer.

According to multiple reports and studies that are conducted on citronella oil and its use in industry, it was found that it has a lot of benefits that earned it its popularity.

In fact, a journal about malaria from 2011 mentioned that people from a number of ancient cultures have been using citronella and other plants to deter and drive mosquitoes away, such as Romans and Greeks.

While it’s essentially effective for repelling mosquitoes, citronella oil is also beneficial in driving some other insects that rely on scent away, which includes flies.

Another review from 2011 that had a look at 11 different studies to assess the effectiveness of different preparations of citronella to repel insects. The results show that using citronella with other oils can provide protection for up to 3 hours.

Citronella On The Market Today

That’s why citronella is currently one of the most commonly used natural insect repellants on the market.

In addition to being a natural insect repellent that repels flies, mosquitos, and other insects, the use of citronella carries some extra perks.

According to multiple reports, citronella oil is also a natural antifungal and treats other parasitic skin infections.

Moreover, it has been reported that the essential oil, like many others, helps in alleviating stress and improving the general mood. 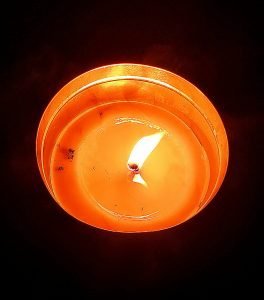 Now that you know that citronella oil repels flies, it’s time to investigate whether the candles also do a similar job.

First, you should know how these candles are made. Simply, scented candles, in general, are made of 3 main ingredients only. These components are the wax, the essential oil, and the wick.

The manufacturers start by adding the oil and the molten candle wax to spread it evenly across the candle. After that, they immerse the wick where you heat the wax, releasing the volatile essential oil used.

Based on this manufacturing process, it’s safe to assume that it releases the volatile essential oil of citronella into the air to spread the insect-repelling scent.

Remember the 2011 review that compared various methods of citronella oil? This field study shows that citronella is highly volatile on its own, which makes it effective for a couple of hours at best before it needs re-applying.

Based on this, you can conclude that the rapidly evaporating oil might not be an excellent choice for candles, because the heat produced from the candle speeds up the evaporation process, so the effect of the citronella might last less.

In fact, in the field study, they found that using citronella oil in candles can be half as effective as when it’s applied as an essential oil.

In addition to the findings of this study, citronella candles have another issue. While citronella is a capable essential oil to repel flies and mosquitos to a degree, it needs decent concentration in the space to get the job done.

The problem is, a lot of candle manufacturers add as little citronella as less possible to produce the scent.

That’s why a lot of people are being tricked into believing that citronella doesn’t actually work at all.

The Advantages of Using Citronella Candles for Repelling

Here are all the benefits you’ll get by opting for a citronella candle.

As you already know, citronella candles have no additional chemicals that make them dangerous for consuming or inhaling.

However, remember that citronella is still toxic for ingestion, and you shouldn’t get the oil directly in your eyes.

While shopping for citronella candles in the market, you’ll find that they’re relatively affordable. Here are some of the most popular (and affordable) options that you’ll find:

As you already know, citronella isn’t only a natural insect repellent. They have a fruity and grassy scent that a lot of people love.

Not only that but in addition to repelling flies, the scented candles will provide you with a sense of serenity and helps in reducing stress.

The Disadvantages of Using Citronella Candles for Repelling

Not the Most Effective Form of Citronella Oil

As you already know, candles might have a very low concentration of citronella in them. This means that candles are the less ideal form of an already non entirely competent method.

You may need to use multiple citronella candles at once to have a decent concentration of the essential oil in the air, which defeats the purpose if you’re opting for citronella due to being relatively affordable.

One of the most annoying issues of citronella oil is that it’s a highly volatile oil. This means that it evaporates quickly, which means that you’ll need to apply it every 2 or 3 hours to maintain its protective properties.

Not Trusted by all Organizations

When it comes to essential oils, not all authoritative organizations have enough evidence to rely on them in repelling flies and mosquitos.

For example, the U.S. Center for Disease Control and Prevention is yet to include any of the citronella products (candles or others) on their list of trusted and recommended mosquito repellants for lack of solid evidence on their efficacy.

Can Be Contraindicated for Some

While it’s generally nontoxic and natural insect repellent, the use of citronella oil isn’t recommended for some people as well as pets.

According to a report by the National Pesticide Information Center, children can be extra sensitive to insect repellants, even if they’re nontoxic for adults.

That’s why it’s not recommended for topical applications for children under 6 months unless directed and supervised by a doctor.

Another problem is that citronella is safe to inhale, but lemongrass in large quantities can be toxic to pets, especially dogs.

This means that citronella oil can be extra dangerous if you have a pet, so you need to make sure that they don’t have access to the plant, the oil, or the candle.

There you have it. A complete guide with everything you need to know about citronella oil and candles. So, do citronella candles repel flies?

Although scientific reports have mixed results when it comes to that answer, a lot of people swear that it’s the best method for repelling insects that they’ve come across.

That’s why it’s recommended that you try this method at least once before you make your final decision.

If you’re looking for the most guaranteed candle to repel flies naturally, you may consider opting for Cutter 95784 Citronella Candle.

This one is backed by multiple reports that believe it to be the best nontoxic insect repellent candle. 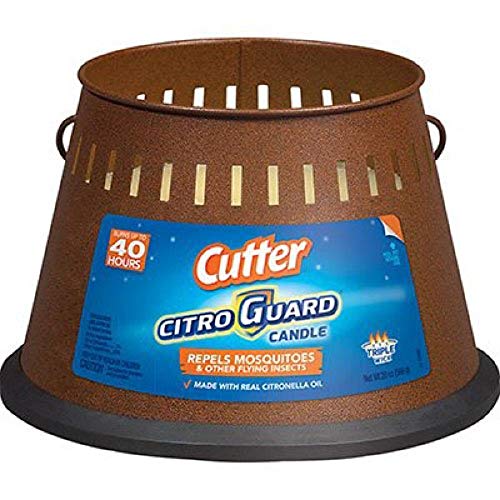