Citronella is one of the most popular biopesticides out there. Which means that it’s a natural product for repelling insects and keeping them at bay. However, being natural doesn’t always mean safe. So, is citronella toxic?

Although there aren’t enough studies and clinical trials to assess citronella, many health organizations found that it poses little to no risk on people when used topically as a mosquito repellent. Except for the few cases where someone is allergic to the oil.

If you want to know more about how it works, safety, and alternatives, keep reading.

Is Citronella Toxic? What is it and How Does It Work? 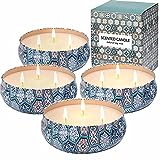 Citronella is a popular insect repellent that is produced from extracting the oils from the stems and leaves of two varieties of lemongrass species. Which are Cymbopogon nardus and Cymbopogon winterianus.

The essential oil is also used in a wide range of industries. Whether they’re related to insecticides or not, such as candles, soaps, perfumery, and more!

The main ingredients in citronella oil are geraniol, citronellal, and citronellol. According to the US EPA, the plant based oil has been registered and certified to be used as an insect repellent since 1948.

As we said, citronella oil is mainly used to keep insects away. Like mosquitos, gnats, house flies, fleas, ticks, and much more! Despite that, the exact way in which citronella works isn’t fully understood yet.

Some experts say that the odor of citronella is a deterrent to insects and affects their nervous system. While others believe that it simply masks the smell of the insects, such as the smell of human blood.

According to a lot of people, the ideal way to use it is to apply it to the skin after diluting it in lotions or other mild oils. However, others found other methods effective. Such as adding the essential oil to a spray bottle and spraying it on spots that need protection or by using a diffuser.

Is Citronella Toxic to Humans?

The safety profile of citronella has been established since it was studied by safety and health organizations a few decades ago. Ideally, it is regarded as safe with little to no side effects on them when it’s used topically as a repellent.

Additionally, it was even found that consuming it in small amounts by the mouth shouldn’t cause any issues. However, there are some cases where citronella is fairly problematic. Such as when it’s used in large amounts by mouth.

Moreover, there are some that are allergic to the oil. In that case, if they apply it to their skin, it might trigger allergies, such as redness, itchiness, and skin rash. Although it is safe to ingest in small amounts and topically, it’s dangerous to inhale.

Some reports claim that inhaling it can cause damage in the lung tissue, so you have to avoid that.

What About Children and Pregnant Women?

While citronella is accepted as a safe repellent for healthy adults, things might be different for children and pregnant women.

For example, based on a few reports of poisoning, children should never consume citronella oil by mouth, even in small quantities.

There are claims that a toddler died after ingesting citronella, although it’s unclear whether it was the only ingredient in the formula. Yet, it’s still relatively safe for children when it comes to topical application.

Pregnant and nursing women also should generally avoid the use of citronella oil during that period, as there is not enough evidence on the safety of the oil. So you need to consult a doctor before using the oil in such situations.

Is Citronella Toxic to Pets?

Citronella is not only toxic in small amounts to children, but also to pets, including cats and dogs. In fact, the entire family of geranium plants, including watercress and citronella, is toxic to dogs. The main reason for citronella toxicity is due to the presence of geraniol.

Among the most common side effects of citronella in dogs and cats are gastrointestinal upsets, diarrhea, vomiting. Eating the plant or licking the essential oil in larger doses can also cause a wide range of severe symptoms that can be life threatening, such as:

Is Citronella Bad for the Environment?

According to the EPA, citronella is not an environmental threat and won’t harm or pollute the air. This is because citronella’s toxicity is limited and it’s mainly used as an insect repellent.

The report also says the half life of citronella oil ranges from 38 minutes and up to 3.2 hours, so it breaks down with time. 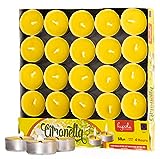 According to the NPIC, citronella is one of the most effective repellents against a variety of insects, like small flying ones. Citronella scented candles are made by infusing the candle wax with citronella oil, in which the essential oil is liberated and released into the air as the candle wax starts melting.

The effectiveness of the candles will typically rely on the purity of the oil used as well as its concentration in the wax.

Additionally, the number of candles used in comparison to the size of the room will also impact its effectiveness.

Are There Safe Citronella Alternatives to Repel Flies? 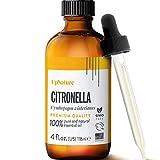 There is a wide range of natural compounds and oils that are used to repel flies and mosquitos other than citronella. Here’s a quick list of some of the most effective ones you can use:

Now that you know more about citronella, here are some extra safety tips that you need to keep in mind while using the oil to repel flies: 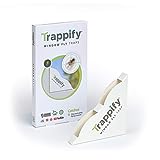 There you have it! A complete guide that gives you a brief overview of the safety profile of citronella, so is it toxic?

As you can see, it is one of the most effective repellents that are fairly safe to use topically by adults.

However, it can be a little problematic, let alone ineffective, when consumed orally, so you need to be fairly careful when you use the essential oil.