Today, I’ll show you how to kill fungus gnats safely and naturally. Ready to save your plants? Let’s go!

Household plants have one mortal enemy: fungus gnats. Despite their short life span, these unwelcome visitors can wreak havoc and destroy your plants if left to fester and grow.

The good news is, you can eliminate these pesky buggers with only a few short steps.

What are Fungus Gnats?

Before we get started, you need to make sure that the pests plaguing your plants are actually fungus gnats. After all, several other insects prey on houseplants, including sciarid flies, springtails, mealybugs, and the like.

Fungus gnats are pests that target plants grown indoors, especially in places where humidity and moisture are high. They don’t pose any immediate harm to humans; they don’t bite nor transmit disease. Regardless, these non-biting fungus gnats are a nuisance when around.

Similar to mosquitoes and cockroaches, fungus gnats are classified as pests. And like all pests, they need to be controlled and eliminated before they cause further harm to our living conditions. 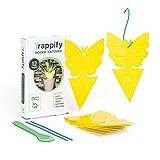 Fungus gnats are small fruit-fly sized insects that can grow up to ⅛ of an inch in length. They’re grayish-black in color, and they have thin gray or see-through wings, with long legs and antennae. Imagine a mosquito, except darker, smaller, and less intimidating. You’ll typically find them emerge from potted plants when you’re watering.

Other than the flying fungus gnats themselves, their larvae or maggots harm plants, as well. In fact, they do most of the damage because they come in huge numbers; up to 300 eggs at a time!

These babies, when hatched, are about ¼ of an inch in length. They have shiny, dark heads and elongated transparent bodies.

During an adult fungus gnat’s one week lifespan, an individual gnat can lay up to 300 eggs in rich, moist soils. Within four to six days, tiny larvae emerge from the cocoon and begin feeding on root hairs and fungi.

Once they reach their maximum growth after about two weeks, they enter their pupal stage that lasts about three to four days. They remain hidden underneath the soil before they turn into adults and begin the cycle all over again.

In total, the entire life cycle of fungus gnats only lasts up to three to four weeks, depending on the temperature. Because of their productive mating rituals and relatively short lifespan, potted plants can host each stage in multiple generations at once.

This is why these little pests can absolutely kill your plants if you’re not vigilant; in only about a month’s time, they’d have wholly invaded your plants’ pots.

In small numbers, fungus gnats are more of an annoyance than anything. Oftentimes, adult gnats won’t cause extreme damage to plants, as they’re only “borrowing” small amounts of nutrients from the soil. It’s only in noticeable numbers that these pests become a nuisance.

It might be comforting to know that fungus gnats don’t do much damage on strong, healthy plants. But they do cause yellowing, stunted growth, and, in worse case scenarios, death in fragile plants and seedlings.

When it comes to especially severe infestations, a considerable number of plants may be lost. Those especially prone to injury are as follows:

How to Kill Fungus Gnats Safely and Naturally

Thankfully, killing off fungus gnats isn’t as difficult as you might think, even in bad infestations. The option of calling pest control is certainly on the table, but you’ll be glad to know that you don’t need to bug bomb your home to get rid of them completely.

Instead of using pesticides that may affect our health, why not opt for a safe, natural method instead?

There are several ways to make their habitat, AKA, the soil they live in, inhospitable.

Dry Out the Soil

The first method is to completely dry out the soil before your next watering. Doing so will get rid of the gnats and discourage new adults from laying their eggs in that particular soil.

Drying out the plant’s soil won’t work if you’re facing severe infestations. The same is said when you own plants that need constant watering. You can use hydrogen peroxide with no more than 3% potency as a soil drench in these cases.

Simply mix one part hydrogen peroxide with four parts of water and pour it into the root zone. Hydrogen peroxide is extremely toxic to fungus gnats, so as soon as the mixture comes in contact with the larvae, they’ll die.

If you’re worried about how your plants will react, I’m happy to report that hydrogen peroxide is actually healthy for houseplants. It increases the amount of oxygen available in the soil, thereby effectively treating root rot and infection.

Neem oil is a type of vegetable oil that comes from the neem tree’s fruits and seeds, an evergreen tree indigenous to the Indian subcontinent. In addition to insecticidal properties, neem oil is often used in wax, oil, soap, and many other organic cosmetic products.

Similar to hydrogen peroxide, neem oil can be used as a soil drench. This compound prevents larvae from maturing, reduces or interrupts mating behavior, and kills adult gnats when sprayed in the plant’s upper portion.

Other than killing fungus gnats, neem oil is also great for repelling mites, aphids, mealybugs, and over 200 other species of chewing or sucking insects.

You’ll find dosage information on the package given by the manufacturer. When appropriately used, neem oil is entirely non-toxic for plants, pets, and humans.

Sticky card traps are effective in killing off adult fungus gnats. Place these sticky traps directly on top of the soil or attach skewers just above the soil. Adult fungus gnats will be attracted to the pheromones found in the adhesive and get trapped.

Once the trap is filled, you can replace it with yet another trap. 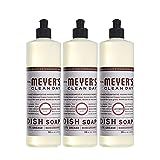 Simple yet effective. Cider-vinegar traps are perhaps my favorite method of killing fungus gnats and larvae. You only need three ingredients: water, liquid dish soap, and apple cider vinegar. If you don’t have apple cider vinegar, regular white vinegar will do, but I’ve found that it’s slightly less effective than the former.

In a shallow container, pour it with equal parts of water and apple cider vinegar. The liquid should be at least ¼ of an inch deep. Put a few drops of dishwashing liquid and stir the mixture gently.

Place the trap near the base of the affected plant. Alternatively, you can place it inside the pot on top of the soil, provided that the container fits and doesn’t disrupt the plants. In a few short days, refresh the mixture until you don’t find gnats swimming above the surface.

One of the best ways to decorate your home is by adding selected household plants to take care of. Other than their visual beauty, they’re also good for your health because they release fresh air (oxygen) and absorb carbon dioxide.

Therefore, if you own household plants, it’s essential to know how to safely kill fungus gnats if they infest your beloved plants. By following the instructions above, you can rest assured that you’ll never have to fight fungus gnats ever again.

For a complete selection of all of our all natural pest control options, CLICK HERE!