You can make most gnat sticky traps at home easily. But how do gnat traps work? If you’ve been suffering a gnat infestation in your house, it’s time to ditch your old ways and think about using gnat traps to get rid of these moth like wings insects.

What Is Your Best Option?

Unlike fruit flies, fungus gnats look black and they have long legs. Gnats thrive in trash cans, rotten fruit, and other damp locations where decaying organic matter is present. They may also be found near sinks, drains, and toilets.

While most people use chemical pesticides, they’re not the best option out there. They’re harmful, toxic, and there are a lot of better alternatives.

In this article, we’ll review the best gnat traps you can use in your house and how they work. Hop on to find new ways to fight the pesky invaders!

Read About Are Gnats Attracted to Mold? Getting Rid of Gnats in Your Home?

If you’re curious how do gnat traps work, we’ll leave no questions unanswered. Here are the best gnat traps and their methods of killing flying insects and getting rid of gnat infestation. 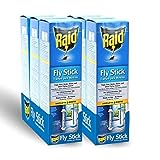 Flypapers are some of the most common gnat traps. These physical traps can catch gnats pretty quickly, and they can help with your gnat problem.

You could use rotting fruit, organic matter, or red wine to lure gnats on your DIY glue board. You can place your DIY gnat trap in indoor plants, garbage disposals, moist areas, sink drains, or in areas where you notice gnats congregating.

They’re a very simple trap and effective for pest control. Flypapers are sticky, and they come in bright colors to attract gnats and flies. When you hang them around your house or place them anywhere, the fungus gnats get attracted to the color. They come closer only to find themselves becoming one with the paper.

They’re best placed next to windows and doors to attract gnats, so the gnats stick once they get in before they can go any further into your house. 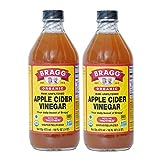 Apple cider vinegar is nearly the best natural fruit fly trap known to humans. These homemade sticky traps attract gnats and fruit flies in an instant and without much effort on your part.

All you have to do is grab a bowl, fill it with half a cup of warm water, then add two tablespoons of apple cider. Then, add a few drops of any liquid dish soap you have, along with one tablespoon of sugar.

Read about Are Gnats Attracted to Water? 7 Places that Stay Moist

Candle sticky traps are old-fashioned; they’re an old-school trick, but they’re highly efficient in getting you rid of your gnat problem. How do they work?

You put a candle in a candlestick, light it, and put the stick in a bowl of water. Then, you turn off the lights in the room where it’s placed. The gnats will get attracted to the flame, and they’ll either fall into the water or burn. So, you’ll get rid of them either way.

The only downside to this tap is that it’s not safe to leave in a room alone, seeing as there’s flame involved. Otherwise, it’s pretty effective.

Zappers are originally meant for large flies, drain flies, and fruit flies, but a lot of people use them for gnats, and they’re pretty effective. These things are designed to release UV resistant light and fluorescent light to kill gnats and rid of them for good.

You can find a lot of zappers online and in stores. The TBI Pro, for example, is one of the best gnat trap on the market for both outdoor and indoor use. These things can catch gnats, flies, and pests without much effort.

Zappers work by sending electric currents when the bugs or gnats come in contact with the LED lights. They’re quiet and odorless, which are the main reasons people love them.

No one in their right mind would use expensive wine to lure away gnats. Instead, they use the expired wine that already turned into vinegar. When it’s no longer useful for you, you can use it to make a gnat trap for pest control.

You can use it in the same way you did with the apple cider vinegar: a bowl trap. When mixing it, add the wine to a small bowl and drop some dish soap. Then, you’re done with the trap. Place it anywhere in your house, preferably areas with the most gnats.

This trap works in the same way as the apple cider vinegar trap. The sugary scent lures the gnats in, and the wine kills them once they get in contact with it.

Read About Are Gnats Dangerous? The Scientific Perspective

Although rotten fruits are among the causes of gnats and bugs, they can serve as a pretty efficient trap. Plus, you’ll get to use the fruits for something useful instead of throwing them out, which is a bonus.

If gnats are a problem, try using a fruit trap. Cover a jar of overripe fruit with wrap and poke small holes into the wrap’s surface to attract gnats. The gnats will smell a food source and fly into the container, becoming trapped.

If you have an overripe fruit, cut it into pieces and put it in a large bowl. Then, cover the bowl and plastic wrap, keeping it in place using a rubber band. Afterward, use a toothpick to poke some holes in the wrap.

The fruit’s scent will attract the gnats, and they’ll fall through the holes with no way out. The trap is the same as the apple cider vinegar but with rotten fruits instead of the liquid.

Read more about Beneficial Insects in Your Home – Avoid Killing These

Drain gnats are the worst. It’s one thing having gnats near your rotten fruits or plants, but having them in your sink? That’s a no-no!

Using bleach isn’t an ideal solution, but it’ll get rid of drain gnats in an instant. Plus, you’ll be using diluted bleach. So you’ll be in no danger.

For starters, make sure you cover your skin and don’t touch the bleach or breathe in it. Then, pour half a cup of it in one gallon of water. Mix it well and pour it down the drain with the gnats around.

Pour the cup of bleach down each drain or garbage disposer very slowly until no more gnats and bugs are visible, being careful not to splash yourself.

It can catch all kinds of pests and get rid of your problem fast. However, make sure not to use the sink for a few hours afterward.

Keep your drains clean at all times to avoid infestation. Remove food particles and larvae of fungus gnats by performing regular drain maintenance with diluted bleach or a specialized cleaning solution.

How Do Gnat Traps Work? – Downsides of Gnat Traps

Gnats sticky traps are mostly efficient, but the best gnat traps would depend on which one would work for you best.

The first downside of gnat traps is that you’ll have to see the dead gnats staring back at you. Whether it’s a fly stick, a zapper, or a vinegar trap, the dead gnats will keep sitting there until you remove them, which isn’t ideal. Plus, if you leave the trap long enough, you’ll have an unpretty-looking trap in the middle of your house.

There’s also the fact that gnat traps need to be replaced often. It’s not ideal to keep revisiting these sticky traps over and over again when you surely have better things to do. Plus, you’ll be using a bowl or a container that you probably won’t be able to use for anything ever again.

So, it’s always good to think about all the factors of gnat sticky traps. If you don’t mind the frequent replacements and the dead gnats lying around, go for it. In the end, gnat traps are highly efficient. However, if you don’t want that, there are always alternatives available.

Gnats usually need immediate attention, or else the infestation will grow bigger. Instead of a couple of gnats hanging around your bowl of fruits, you’ll find a full population. Applying the traps fast to catch gnats and in the right places is your key to getting rid of them.

Of course, you can always choose electric gnat traps to trap gnats, fruit flies, and other flying bugs if your DIY sticky paper and physical traps aren’t working. The best bug zapper can eliminate gnats fast. You’d have dead bugs without too much effort.

You can also use yellow sticky traps that work great on indoor houseplants. These things are easily inserted into the pot soil. These traps are also great for outdoor use. Another option is insecticide but they’re not the best option when there small children around.

For a complete line of all of our organic pest control, CLICK HERE!