Fungus gnat is a huge pain to deal with – and you’d be better off trapping it rather than poisoning it. Here’s the list of top fungus gnat traps.

Most of us struggle with fungus gnats every now and then. They have an uncanny ability to procreate, and their offspring stay in the soil of potted plants and flower beds forever. They could even travel through ventilation grids!

These bugs don’t sting or eat up flowers, but they fly in your face, drown themselves in your drink, and they look awfully unsightly as they socialize around your plant. If their populations increase too much, they could also infect the roots and damage the plant.

The 5 Most Popular Fungus Gnat Traps Currently in the Market

Fungus gnats are small annoying little insects, with an appearance that’s a cross between fruit flies and mosquitoes. In small amounts, they don’t seem to cause much harm, but they multiply quite quickly, and getting rid of them becomes an absolute necessity.

They might be among the hardest pests to eliminate. However, these fungus gnat traps have already proved successful in catching these stubborn pests. The ones we selected have different features, methods of trapping the gnats, and price ranges. 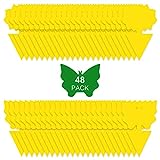 Applying some glue on a piece of paper and placing it where gnats buzz around usually works in trapping them. However, if the paper is yellow, the results are far more impressive. The Stingmon fungus gnat traps employ this principle fully.

These bright yellow traps attract various types of flying insects. But they need to be near the plants to work optimally. The pack contains 12 traps that look like butterfly or flower cut-outs.

They come with pointed arrow-like bottoms, which makes inserting them into the soil a breeze. There’s no need for sticks, hooks, or threads to tie them to the plants. You can place them inside a potted plant, or in a flower bed, and they wouldn’t stick out at all.

The Stingmon traps aren’t toxic and according to the manufacturer, the glue on them is safe around people and pets. Additionally, they don’t hold any repulsive odors. So they aren’t problematic indoors or outdoors.

These traps have a long shelf life, so you’d only need to replace them when they fill up with bugs. They’re UV-resistant and don’t spoil under a splash of water, so a single pack of traps should stay with you for quite some time. The price of the pack is less than $10, so this product is definitely a catch. 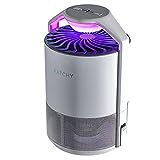 The appearance of dead bugs stuck on a glue trap isn’t exactly a pretty sight. And in some places, it’s best to avoid it altogether. For example, kitchens, dining areas, cafes, workspaces, and other glam venues shouldn’t show off dead gnats.

Luckily, there are discreet methods that trap fungus gnats, without making a scene out of it. Katchy is among the stylish devices that eliminate small flying insects while looking decorative.

It uses a UV light source to attract the bugs, then sucks them into the device using a fan. Once inside, they immediately fly into an internal glue trap. This device can be placed anywhere, but it’s preferable to put it beside the source of the insects. Operating Katchy, 3 nights in a row, often gets the best results.

Usually, trapping the adults-only is good but barely sufficient, as the larvae can remain in the damp soil for some time, then suddenly emerge as adults. Thus, it’s recommended to use Katchy along with other pest control methods.

This device isn’t terribly costly, but some might feel that paying close to $50 is a bit overboard. It is an efficient, decorative, and discreet gnat trap though, so we believe it’s worth the price. Additionally, it eliminates moths, mosquitoes, and fruit flies too, so that’s another big plus. 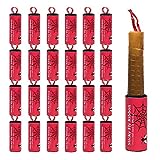 Sticky ribbons are among the efficient and budget-friendly solutions for catching fungus gnats. You can get a pack of 24 strips for around $10. They can be used indoors or outdoors since these strips are designed to take a splash of water in stride.

These ribbons are pretty easy to set up, and most users are satisfied by the result. Part of the reason is the strong glue that’s placed on both sides of the strips for maximum efficiency. There are no harmful chemicals, vapors, or odors on these traps, so they can be placed safely anywhere in the house or garden.

As you hang a sticky ribbon in place, you’d soon discover that fungus gnats aren’t the only bugs caught in the glue. The Dwcom traps also catch mosquitoes, flies, thrips, aphids, and various other flying insects. If you have an outdoor or patio gathering, these ribbons can really make a difference.

Ribbons are best suited for open areas or wide indoor spaces. They might be a little out of place in a tiny office cubicle, but they’re generally a popular solution for gardens. 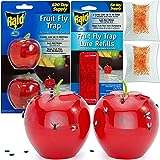 Raid is one of the well-known brands in pest control, and they often try to introduce unique products to the market. This time, it’s with an apple-shaped insect trap.

The Raid fruit fly trap has a simple principle of luring in small flying insects by attracting them to food smell. Once they get inside, they can’t exit the apple trap.

The apple traps can be placed in dining and food prep areas, as well as office spaces. They’re pretty decorative and the trapped bugs remain inside, partially out of sight. According to the manufacturer, the trap works best in summer, as that’s when the bugs are enthused to get it for extra hydration.

The lures last for 30 days, but if the trap is too full, then you’d need to replace them before that time. Some users fill them up with apple cider vinegar or pineapple juice, and the traps work nicely.

A few snags with that trap are that it needs to be placed indoors, far from the reach of children, and once full, needs manual washing. Various other traps are just thrown away with their contents, but this one is a little ‘hands on’!

The package comes with two units plus 6 lures. This should keep you well-stocked for up to 180 days. Raid fly traps cost around $15, and besides getting the gnats, they’re also good for eliminating fruit flies.

These stakes from Trappify are among the simplest and most economic gnat traps. For slightly more than $5, you get a pack full of 12 traps. They’re ready for insertion into the soil, and they attract the bugs right away.

These traps are free from harmful pesticides, chemicals, and other toxins. So you can use them in the potted plants around your house or in your office space to trap fungus gnats. They also attract a bunch of other bugs like fruit flies, thrips, blackflies, and midges.

Fungus gnats are stubborn bugs that seem to come out of nowhere, and never ever go away! Eliminating their constantly increasing populations is often a challenge, and the most frustrating part about it, is that they manage to return again and again.

Pest control usually consists of more than one approach. The most important solution to get rid of these bugs is to use a gnat trap. It’s good that the market contains a wide variety of models, starting from $5 to $50, and they all work well indoors and outdoors. 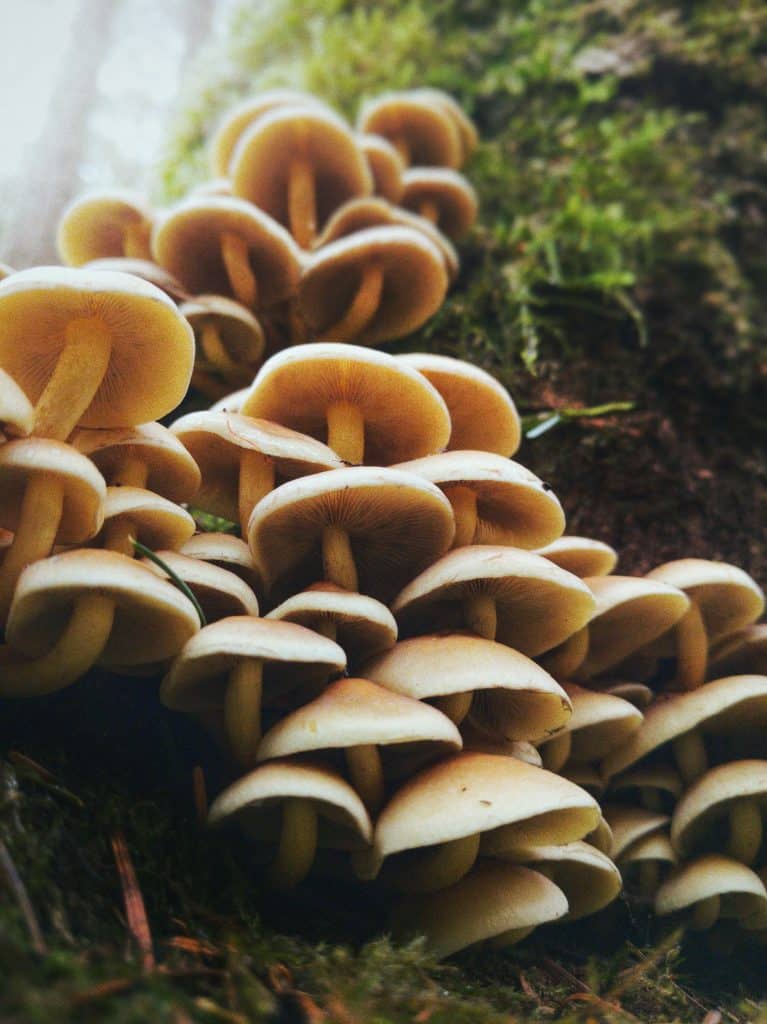 Another important point in eliminating fungus gnats is to make sure that the larvae are gone too. Keeping the soil dry for as long as possible is good. Also, removing dead leaves and placing some small rocks on top of the soil help a lot.

Keep your kitchen FREE of insects.