Having ants in your house is never a good sign because it means that they’ve built a colony nearby. So what are flying ants? And how should you deal with a flying ants infestation?

In today’s article, we’ll walk you through a brief guide with everything you need to know in order to get rid of those annoying pests.

The problem instantly becomes much worse as soon as you find flying ants inside your house that are flying around. And this is very common especially during the early summer when these sexually-mature insects come together for nuptial flights.

That’s why you would see those ants flying about. A swarm is fairly common when there is high humidity. Unlike other ants, these flying insects are in charge of finding new nesting sites. 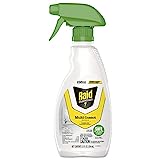 What Are Flying Ants?

Flying ants are a special type of ant with sprouted wings. These insects live in colonies with queen ants and many female worker ants. However, the flying ones you see are usually males looking for a mate.

Most of these insects only fly for a short time during their life. After they mate, the males die. Their ant colonies will then produce more flying ants.

The length of time that flying ants live varies because the males exist only for reproduction purposes.

Flying ants have elbowed antennae, two wings, with the front wings larger than the back wings. Flying ants typically are attracted to moisture, light, and wood.

Although some might think that flying ants are a special species of insect, they’re simply a developmental stage that most species can reach.

These male-winged ants are often called “swarmers” or “alates”, and these are simply ants that are ready for mating or are sexually mature.

These swarmers have wings so that they can travel far from their original ant colony and find another suitable spot for their new destination.

In other words, if you see flying ants swarming your house, the ant colony has actually been around for a decently long time.

Flying ants are more common in a specific period of the year than the other. For example, they’re quite common during the warmer months of spring to summer because it’s the mating season of winged ants.

One thing you should know is that the single flying ants don’t last for a long time, especially males. However, they make that up by abundance in numbers.

The average male ant will enter the flying phase for a couple of days. Females usually keep their wings until they successfully mate and then cut off their wings to return to their original crawling state in the new colony.

There are three castes of ants: queens, males, and workers. Male and female winged ants differ in size. Commonly, worker ants, as well as infertile female ants, forage for food.

While some species do not have flying worker ants, other species do. Here are some of the species of flying ants.

Carpenter ants are large black ants that live in wooded areas. They get their name from their ability to tunnel through wood, which makes them a particularly damaging pest for homeowners.

Pharaoh ants are another species of flying ant that’s commonly found in households. These small, red ants are capable of flying short distances and are often drawn to indoor areas in search of food.

Unlike carpenter ants, pharaoh ants don’t mate and produce new colonies of flying ants – they simply reproduce by cloning themselves. So, if you see a flying ant indoors, there’s a good chance it’s a pharaoh ant.

Fire ants are small red ants that infest both rural and urban areas. They get their name from their painful bites, which can cause a burning sensation. If you’re unfortunate enough to be bitten by either of these species, you should seek medical attention immediately.

These insects are yet another type of flying ant that’s known for its aggressive behavior. These flying insects are reddish-brown in color and have been known to attack humans and animals if they feel threatened.

The short answer is yes, some ants can bite. However, the good news is that most species that infest homes are not capable of biting humans. Those that are most likely to bite are carpenter ants and fire ants.

While being bitten by an ant may sound like a nightmare, there’s no need to panic if you see a few flying around your home. Some ant species bites only if they feel threatened.

One of the best ways to find any pest infestation and prevent them from relapsing is to understand what causes them to occur in the first place.

In this section, we’ll walk you through some of the common reasons why flying ants are swarming your house:

You Have an Unmanaged Ant Infestation

As previously mentioned, ants develop their wings upon the maturity of their colony in order to find another suitable spot.

If you’ve recently had an ant problem in the house and started to see flying ones, it means that you didn’t manage to get rid of the entire colony.

Of course, once you find a flying ant swarm, it doesn’t last long. But you still need an effective pest control system to get rid of them as well as their wingless counterparts.

They Found a Good Source of Food in Your House

Flying ants are responsible for mating as well as scouting a new spot to begin a colony, so it’s ideal for them to hang around spots with plenty of food and leftovers nearby, especially sweet ones.

If you accidentally dropped honey or sugar on the counter, make sure to wipe it completely clean because ants are capable of smelling sugar from a distance.

Since ants are usually most active during dusk hours, leaving your house lights on can attract them into scouting your house.

For that reason, make sure that you keep the windows closed during the flying ants season, which is during the warm months of late spring and summer.

Is It as Bad as Termite Infestation?

Termite swarmers and flying ant colonies are very similar in size, color, and wings. Termites have straight antennae, straight body, and wings that are of the same length as those of the flying ants’. Unlike ants, termites though have wings of equal length.

Getting rid of flying ants can be done in a variety of methods. There are a few ways to get rid of a large swarm of ants, here are some of them: 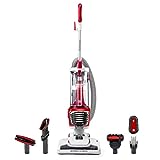 Using a vacuum is an immediate solution that you can try to get rid of large swarms of these flying insects.

Simply suck the flying ants using the vacuum cleaners, then get rid of the ants and reinstall the vacuum bags.

Sticky traps are among the best solutions to get rid of most flying insects, such as flying ants, mosquitos, and more!

These commercial traps use a strip of glue that is infused in ant bait usually pheromones that attract ants that want to mate. Once a strip is filled with ants, discard it and replace it with a fresh one with fresh ant baits. 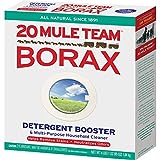 Another successful type of trap is the borax trap. These traps will simply contain a compound that prevents the ants from reproducing.

Once they land inside and consume the ant bait, they’ll return to their colony and infect the rest of the ants, allowing you to get rid of all the ants as well as their source. 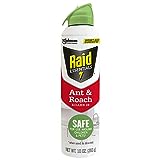 Of course, most commercial insecticides that are used to kill ants will still work on them if they have wings. However, such a solution will only fend off swarming ants but not the ones in the colony.

If you prefer using safer alternatives to commercial pesticides, you can make one. You can do this by combining simple ingredients that you can find in your house.

For example, fill a spray bottle with two parts water to one part dish soap and add a few drops of any essential oil with repellent properties, such as rosemary, peppermint oil, or citronella.

Spray this solution directly on any flying ants that you find and they should be gone soon enough.

Carpenter ants are the most dangerous species of ants to your house structure. You might want to bait them with commercial insecticidal dust, which attracts and kills the flying insects.

In addition, bug zappers can help to reduce the risk of ant infestations by killing large swarms of flying ants before they have a chance to establish a nesting site.

How to Eliminate Flying Ants Colony

After getting rid of the ants, you’ll need to make sure that they don’t come back. The key step here is to locate the ant’s colony, which you can do by tracking them back to it.

Once you find the colony, prepare some boiling hot water. Try to pour it down into the colony holes to get rid of all the ants that are inside.

Why You Should Get Rid of a Flying Ants Infestation Immediately

Flying ants are basically the same types of common ants that have developed wings for mating and beginning a new colony elsewhere. So they typically have the same health impact as regular ants.

Ants are among the least dangerous insects out there and they don’t typically sting. However, they can still bite and cause a local allergic reaction where the bite is inflicted.

Yet, their bites are purely defensive. And, it’s extremely unlikely for an ant to bite a human if they’re not provoked.

While flying ants are generally safe and don’t pose a real danger to humans, some species like carpenter ants can be bad news for your house and cause serious structural damages that cost you thousands of dollars to fix. So, you still have to get rid of them immediately.

With that said you now have a better idea about flying ants infestation. And how to keep them out of your house for good.

As you can see, the process of eliminating winged ants in your house isn’t that difficult. Especially if you decide to act as soon as you’ve noticed their presence.

However, if you still find a swarm of ants, make sure that you contact professional pest experts.

These folks are able to use industry-grade pesticides that specialize in eliminating all flying and crawling bugs. So you don’t have to worry about this problem again.