Can Pantry Moths Make You Sick? In this article, we’ll answer the question, can pantry moths make you sick? We’ll discuss the dangers, allergies, and what to do if you accidentally eat a whole bunch of them.

Pantry moths, or Indian Meal moths, are one of the most common moth species to infest our food. Their eggs hatch larvae and their webbing is found all over our pantry.

It might make you sick just thinking about eating a pantry moth or its eggs. However, it seems like their unappealing looks are all that we should be worried about.

Let’s get started and find out, can pantry moths make you sick?

So, Can Pantry Moths Make You Sick?

The short answer is no. Pantry moths aren’t known to carry any viruses, pathogens, or toxins. The thought of swallowing one without knowing may be unpleasant, but that’s generally about it.

The eggs can take anywhere from a month up to a year to hatch, depending on a variety of environmental factors. This means that by the time you’ve discovered an infestation, you’ve probably already consumed some eggs, larvae, and even whole baby moths!

Larvae are difficult to spot because they don’t exceed half an inch in length. They’re either brown, green, yellow, or pink. They’re the main reason for infestation, and consuming large quantities of larvae may cause some stomach upsets.

Does this mean pantry moths are 100% safe to consume? Well, not quite.

Even if they don’t trigger an allergic reaction, pantry moths can land or feed on poisonous substances. These substances can cause a spread of disease when consumed by humans.

Again, we’re talking about microscopic levels of toxins. There have been no reported cases of serious illnesses from consuming pantry moths.

If you’re willing to overlook their unsightly appearance, you can actually get a lot of nutrients from a pantry moth.

Did you know that pantry moths are considered a major food source in some countries? This is because they’re packed with healthy fats and proteins. The Food and Agriculture Organization of the United Nations released a paper in 2013 detailing the benefits of eating insects, namely moths.

We’re not saying you should go ahead and have a healthy snack of moths every morning. However, you should know that pantry moths are more beneficial than harmful to your health. In fact, eating 100 grams of pantry moths can provide you with 100% of your daily requirements of calcium, zinc, iron, and potassium.

Poisonous Moths to Look Out For 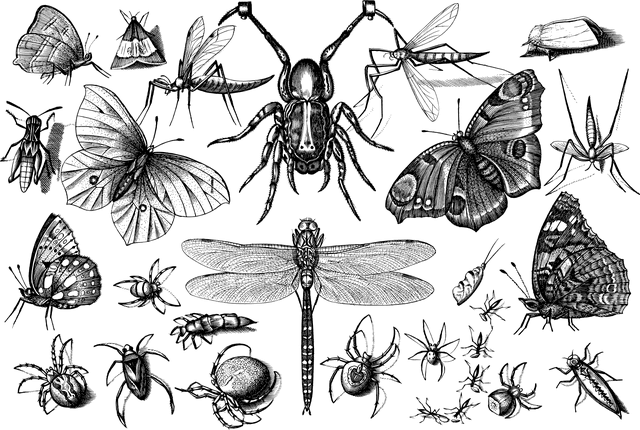 Poisonous moths are very harmful and could be hazardous if ingested in large quantities. We’ll cover some of the most commonly found poisonous moths and how to identify them.

The Burnet moth is also known as the five-spot or six-spot burnet. They look like pantry moths but have red spots on their wings. Their wings are also longer and narrower.

Be careful if you find one of them in your house. They’re extremely poisonous and release cyanide when attacked. Cyanide poisoning can cause headaches, dizziness, and can progress to loss of consciousness and cardiac arrest. If you feel any of the early symptoms, go to the ER immediately.

You probably won’t come across a Lonomia moth if you live in the city. However, if you’re near a forest, you might find one lurking against the bark of a tree.

These moths have an anticoagulant venom in their urticating hairs, which can be lethal to humans.

Emperor moths are similar to pantry moths, but there are a few differences to consider. For starters, emperor moths have four dark circles on their wings. The males are paler while the females are intense brown, almost orange.

Emperor moths secrete a compound known as an anticoagulant. This is especially lethal to dogs, cats, or livestock. It can also have detrimental effects on humans since it increases bleeding and the risk of hemorrhages.

It’s easy to spot a Zebra Longwing moth. They’re black with white or yellow streaks across their wings.

Similar to Burnet moths, they also release cyanide chemicals. Cyanide is cytotoxic and can lead to severe health consequences.

Signs of an Allergic Reaction

You might be wondering, how can pantry moths trigger an allergic reaction in the first place?

You’ll be happy to know that pantry moths don’t have the ability, nor the interest, to bite you. In fact, most moth species don’t have a mouth, to begin with.

Pantry moths also don’t sting. The main cause of allergies is the wings! Moths shed scales just like humans shed skin. The tiny particles then become airborne when they come into contact with other surfaces. 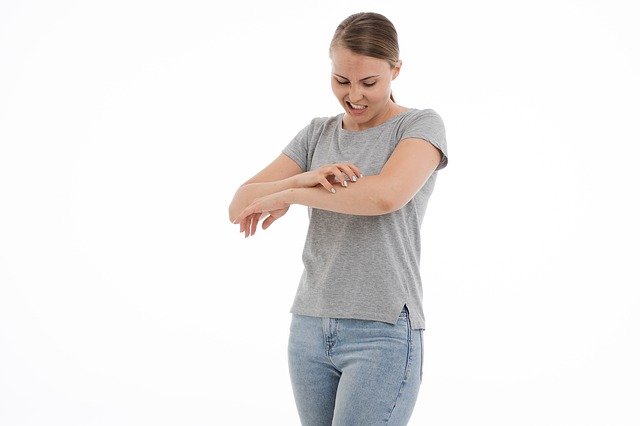 People who are exposed to these particles can suffer an allergic reaction. The symptoms are usually mild, and include:

If you experience any of these symptoms, don’t panic. There’s usually no cause for concern. They should resolve by themselves or with some antihistamines. Talk to your health care provider for more guidance.

The spikes on pantry moths can cause a condition called Ophthalmia nodosa. This condition affects your eyelids and can cause rash, swelling, and redness.

There have also been reported cases of respiratory distress from inhaling the spikes. In this case, it’s best to immediately visit the ER for closer inspection.

Getting Rid of Pantry Moths

Even if you’re not allergic to pantry moths, you still need to constantly check your house for signs of infestation. You don’t want to end up with hundreds of thousands of larvae and spoilt food.

Identifying the Type of Moths

The first step is, of course, identifying what kind of moth infestation you have. There are potentially thousands of species that could end up in your house.

Most likely, you’re going to have the traditional pantry moths roaming your home. However, it’s recommended to have a pest technician confirm the type of pest to ensure you’re not dealing with a poisonous moth infestation.

This is where the pest technician comes into play. The technician may place some traps that release pheromones. These pheromones will trap the males and significantly cut the moths’ population.

Finally, you should always clean your house thoroughly. If you’ve had an infestation before, then this step is critical.

Vacuum every nook and cranny in your house. Wipe the floors, clean the shelves and walls, and throw out any spoiled food. If you’re still getting moths even when you clean, call a pest control company to check if there’s a specific chemical treatment for your needs.

Pantry moths are definitely not a pleasant sight. They dwell in our pantries, contaminate our food, and can sometimes trigger allergies.

Thankfully, pantry moths aren’t dangerous to our health. Even if you consume large amounts of eggs and larvae, you shouldn’t feel anything beyond some gastrointestinal discomfort. Otherwise, you’re actually getting an extra source of protein!